4 July - Into the Dolomites

After coming over Grossglockner, we spent the night in Austria one more time, just shy of the northeastern border of Italy. The hotel / gasthaus we stayed in was built in 1782 and served as the local school until 1909. Since 1913, it has been a family-run hotel.  They say the three daughters help run the place, but we only ever saw the father, who checked us in, cooked dinner and breakfast for us (and the 8-10 other guests) and seemed to be doing everything. Hmm, imagine that.

After a breakfast of meats, cheeses, yogurt and breads, we were on our way towards the Dolomites.

First, a quick stop at the border.  This is La Rayne's first trip to mainland Italy.  (We took a family trip in about 2004 to the island of Sardinia off the western coast of Italy, near Rome.)  La Rayne is much taller in real life.  It's the angle of the lense and such that alters reality. 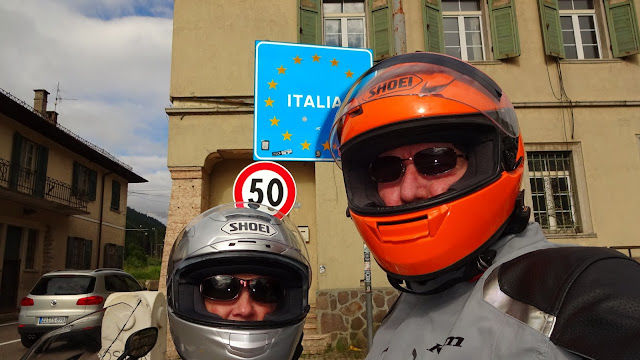 The Dolomites are a relatively small mountain range, in the far northeastern corner of Italy. The formations are unlike anything we've ever seen, and are apparently unlike any other mountain range in the world.  The massive structures shoot nearly straight up thousands of feet.  Formerly, they were the tips of pre-historic coral reefs, made my dinosaur-period coral, in the primordial ocean called Tethys.

Roads in the area were nearly all built during World War I. Some of the least known and bitterly fought battles were in the Dolomites between the Austrians and the Italians.  The Austrians were aligned with Germany and Italy was with the Allies.  One side or the other would capture an area, and then they would have to build a supply road through impossible terrain, so the forces could hold the area.

Out of the pain of war, we are left with an absolutely fantastic playground. The pictures below were taken before ascending into the clouds.  Visibility was good enough to (usually) see the road, but rarely to see the monoliths in the clouds above our heads.

We only had 45 miles as the crow flies to travel today, but we spend all day on the road.

Words cannot adequately describe the awesomeness of the day.  Today was very clearly my best day of motorcycling, ever.  The Dolomites are pure motorcycling nirvana.  It's paved, yes, but it is truly a magical place.  Curve after curve, switchback after switchback, all led to yet another fantastic view and another set of magical roads ahead.

The BMW K1600GT is a large touring bike, but has excellent manners.  We were two-up, fully loaded with gear and luggage, but the machine chewed through every corner with grace and precision.  We will have one of these machines one day. 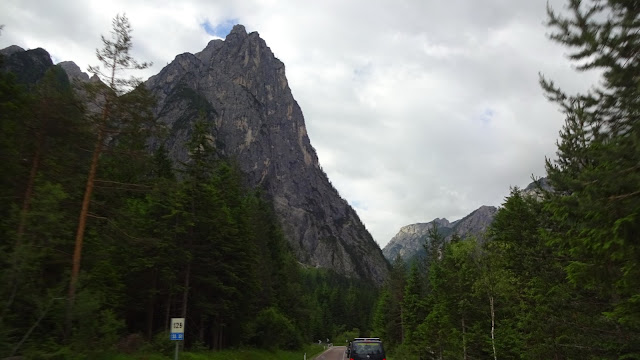 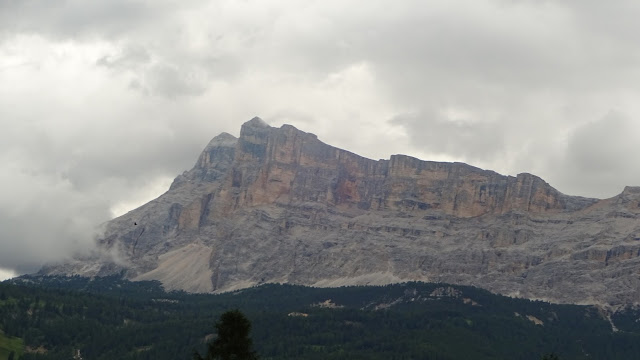 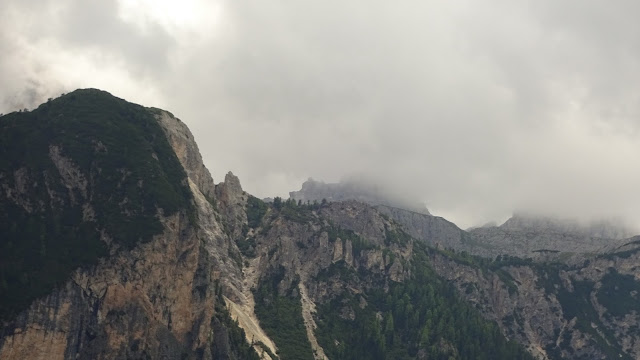 For lunch, we came down out of the clouds and stopped at small Italian Pizza and Gelato bar (which are in every town along the way). 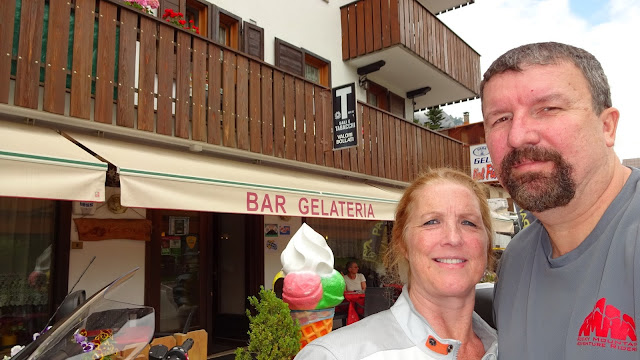 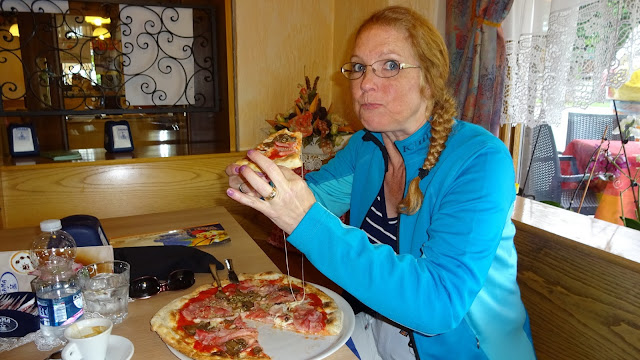 While we were relaxing after pizza, having a gelato, the young, local policemen walked over from his office next door.  I thought I got a picture of him but its not on the camera.  It was interesting watching him grab the daily paper from near the door and settle down into his regular stool at the bar and enjoy a beer for lunch.

Tomorrow and the next day we're moving on to another hotel, but we'll still be near the Dolomites. Hopefully the clouds will part a bit more and we can see the tops of these mountains.
Posted by Matt McCabe at July 05, 2016